Even basic data offers a boost 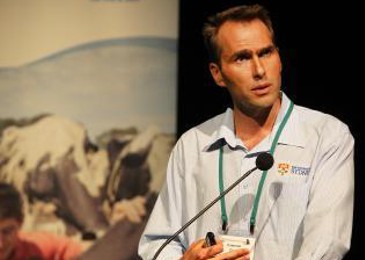 Better use can be made of basic data already being collected on-farm, according to a veterinary researcher.
Cameron Clark, of the Faculty of Veterinary Science at the University of Sydney, says as the average herd size has increased, the cost of data collection has fallen meaning there is more information available.
“We are now able to collect a lot of data on farm that can lead to outcomes around food, improved animal and environmental health or, on the downside, wastage,” Dr Clark said.
“What farmers are telling me though is that it is not translating to data analysis.
“The speed of technological advancement has outpaced our ability to turn data into better actions on farm.”
Dr Clark said there were gains to be made on farm by focusing on data that was already available on turning feed into profit.
He cited a project run by the University of Sydney two years ago involving monitoring feeding patterns in large herds that showed a significant difference in production between the first cows to arrive on pasture after milking to the last.
“The first to arrive had a utopia of pasture to select from — 40 per cent of the pasture we offered was gone by the time the last cows got there.”
Dr Clark said a researcher recently revisited the data that had already been collected, working with six farms in Tasmania.
The project revealed one producer who was achieving significantly better milk results per head, leading the research team to focus on the question of whether feed-to-profit ratios could be improved through simple changes in management.
“This farmer was actually allocating two paddocks, changing over midway through the milking,” Dr Clark said.
“It shows you can learn a lot in terms of current research from what the top farmers are doing out there now.”