Make the most of maize silage 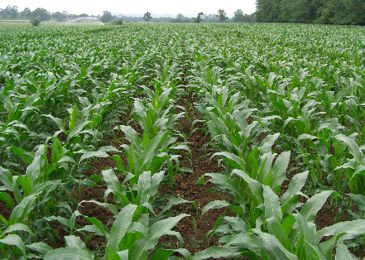 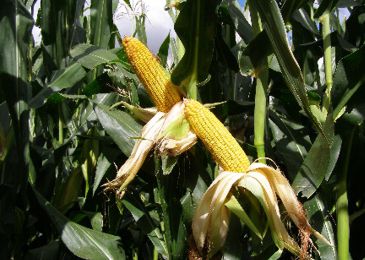 To achieve profitable maize silage, manage the crop to optimise both yield and nutritive value.
Click here to receive a high res file of photos by automatic email: fdMaize@monkscom.com.au

With dairy farmers currently planning summer crops for their herds, regular maize growers will be thinking hard about whether it suits this season with lower milk prices and the possibility of limited irrigation water.

FutureDairy’s Professor Yani Garci said management had a big impact on the profitability of a high input crop such as maize.

“A profitable maize crop is achieved by optimising both yield and nutritive value.  Very high yielding maize crops are not necessarily the most profitable as they tend to be higher in fibre and therefore have lower nutritional value.”

Professor Garcia has five tips for achieving a profitable maize crop this season.

Tip 1: Do not apply the full amount of nitrogen fertiliser unless you can ensure water will not be limiting. If water is likely to be limiting, adjust nitrogen application. For example, N application both presowing and at V6 stage are highly recommended, but if you need to adjust, save the N for the V6 stage.

Tip 2: Time water application for greatest response. If irrigation water is likely to be limiting, resist the temptation to under-irrigate throughout the whole season. You’ll get a much better response to water by timing water applications to the critical periods at crop establishment (up to about six leaf stage) and the five to six week period around tasselling.

Tip 4: Time nitrogen applications for greatest response. Ideally apply in four stages (if fertigation method is available): pre-planting, planting, at 45cm high (V6) and at tassel emergence (V12). If this is not possible, split nitrogen application into about half pre-sowing and about half at V6. If a limited amount of nitrogen is available (eg less than 120k N/ha) it is better to save it for around the V6 stage.

Media contact: This media has been released by Monks Communication on behalf of the FutureDairy project.
Lee-Ann Monks ph 07 5450 0946 or 0419 349 244 email: media_releases@monkscom.com.au.