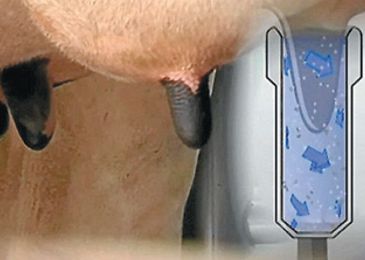 The Dornaufs’ robotic rotary has five robots: two for teat preparation, two for cup attachment and one for teat disinfection.

*René Kolbach* is a Masters student with the FutureDairy team. This article is based on findings reported in his Master’s thesis,
which was submitted earlier this year.